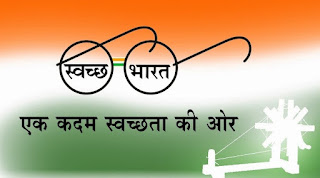 Ans.   It is a Cess which shall be levied and collected in accordance with the provisions of Chapter VI of the Finance Act, 2015,called Swachh Bharat Cess, as service tax on  all the taxable services at the rate of 0.5% of the value of taxable service.

Ans. The Central Government has appointed 15th day of November, 2015 as the date from which provisions of Swachh Bharat Cess will come into effect (notification No.21/2015-Service Tax, dated 6th November, 2015 refers).

Q.3     Whether SBC would be leviable on exempted services and services in the negative list?

Ans. Swachh Bharat Cess is not leviable on services which are fully exempt from service tax or those covered under the negative list of services.

Ans. SBC has been imposed for the purposes of financing and promoting Swachh Bharat initiatives or for any other purpose relating thereto.

Q. 5    Where will the money collected under SBC go?

Ans. Proceeds of the SBC will be credited to the Consolidated Fund of India, and the Central

Government may, after due appropriation made by Parliament, utilise such sums of money of the

SBC for the purposes of financing and promoting Swachh Bharat initiatives or for any other purpose relating thereto.

Ans. SBC would be calculated in the same way as Service tax is calculated. Therefore, SBC

would be levied on the same taxable value as service tax.

Q. 7    Whether SBC would be required to be mentioned separately in invoice?

Q. 8    Whether separate accounting code will be there for Swachh Bharat Cess?

Ans. Yes, for payment of Swachh Bharat Cess, a separate accounting code would be notified shortly in consultation with the Principal Chief Controller of Accounts. These are as follows:-

Q. 9    What would be effective rate of service tax and SBC post introduction of SBC?

Q.10    Whether SBC is a ‘Cess’  on tax’ and we need to calculate SBC @ 0.50% on the amount of service tax like we were earlier doing for calculating Education Cess and SHE Cess?

Q. 11   Whether SBC is levied on all or selected services?

Ans.    The Central Government was empowered to impose SBC either on all or some of the taxable services. Vide notification No 22/2015-ST dated 6-11-2015, Government has notified

Q.12   How will the SBC be calculated for services under reverse charge mechanism?

Q.13   How will SBC be calculated for services where abatement is allowed?

Q.14   Whether Cenvat Credit of the SBC is available?

Ans. SBC is  not integrated in the Cenvat Credit Chain. Therefore, credit of SBC cannot be availed. Further, SBC cannot be paid by utilizing credit of any other duty or tax.

Q.15   What would be the point of taxation for Swachh Bharat Cess?

Ans. As regards Point of Taxation, since this levy has come for the first time, all services (except those services which are in the Negative List or are wholly exempt from service tax) are being subjected to SBC for the first time. SBC, therefore, is a new levy, which was not in existence earlier. Hence, rule 5 of the Point of Taxation Rules would be applicable in this case.  Therefore, in cases where payment has been received and invoice is raised before the service becomes taxable, i.e. prior to 15th  November, 2015, there is no lability of Swachh Bharat Cess. In cases

Q.16    How would the tax (Service Tax and SBC) be calculated on services covered under

Ans. The tax (Service Tax and SBC) on services covered by Rule 2A, 2B or 2C of Service Tax (Determination of Value) Rules, 2006, would be computed by multiplying the value determined in accordance with these respective rules with [14% + 0.5%]. Therefore, effective rate of Service Tax plus SBC in case of original works and other than original works under the works contract service would be 5.8% [(14% + 0.5%)*40%] and 10.15% [(14% + 0.5%)*70%] respectively. Similar, would be the tax treatment for restaurant and outdoor catering services.

Q.17    How would the tax be calculated on restaurant services covered under Service Tax

12th November, 2015 so as to provide that the person liable for paying the service tax under sub-

The option under this sub-rule once exercised, shall apply uniformly in respect of such services and shall not be changed during a financial year under any circumstances.

Q. 19   How would liability be determined in case of reverse charge services where services have been received prior to 15.11.2015 but consideration paid post 15.11.2015?

Ans.    In respect of reverse charge mechanism, SBC liability is determined in accordance with Rule 7 of Point of Taxation Rules, as per which, point of taxation is the date on which consideration is paid to the service provider. Thus, SBC liability in such case will be 0.5% X Value of taxable service.

Q.20    Does a person providing both exempted and taxable service and reversing credit @

7% of value of exempted service under Rule 6 of Cenvat Credit Rules, does he need to reverse the SBC also?