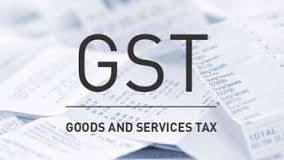 The salient features of GST (Goods and Service Tax) are as under:


(ii) GST would be a destination based tax as against the present concept of origin based tax.


(iv) An Integrated GST (IGST) would be levied on inter-State supply (including stock transfers) of goods or services. This would be collected by the Centre so that the credit chain is not disrupted.


(v) Import of goods or services would be treated as inter-State supplies and would be subject to IGST in addition to the applicable customs duties.


(vi) For an initial period of two years or as further extended on the recommendation of the GST Council, a non-vatable Additional Tax not exceeding 1% on inter-State supply of goods would be levied and collected by the Centre and assigned to the originating State. The Select Committee of the Rajya Sabha has recommended that this tax should be levied only when the supply is made for a consideration.


(vii) CGST, SGST & IGST would be levied at rates to be mutually agreed upon by the Centre and the States under the aegis of the GST Council.


(viii) GST would replace the following taxes currently levied and collected by the Centre:


b) Duties of Excise (Medicinal and Toilet Preparations)


(ix) State taxes that would be subsumed within the GST are:


f) Entertainment Tax (not levied by the local bodies)


(x) GST would apply to all goods and services except Alcohol for human consumption, Electricity and Real Estate.


(xi) GST on petroleum products would be applicable from a date to be recommended by the Goods & Services Tax Council.


(xii) Tobacco and tobacco products would be subject to GST. In addition, the Centre would continue to levy Central Excise duty.


(xiv) The list of exempted goods and services would be kept to a minimum and it would be harmonized for the Centre and the States as far as possible.


(xv) Exports would be zero-rated.


a) ITC of CGST allowed for payment of CGST;


b) ITC of SGST allowed for payment of SGST;


c) ITC of CGST allowed for payment of CGST & IGST in that order;


d) ITC of SGST allowed for payment of SGST & IGST in that order;


e) ITC of IGST allowed for payment of IGST, CGST & SGST in that order.


(xvii) ITC of Additional Tax would not be permitted.